Service: Facebook Ads
Budget: $2,500/mo
Timeline: 3 months
Goals: This client primarily focuses on getting truckers and trucking companies to use their product for real-time tracking of shipments and deliveries. It integrates easily with customer CRMs. 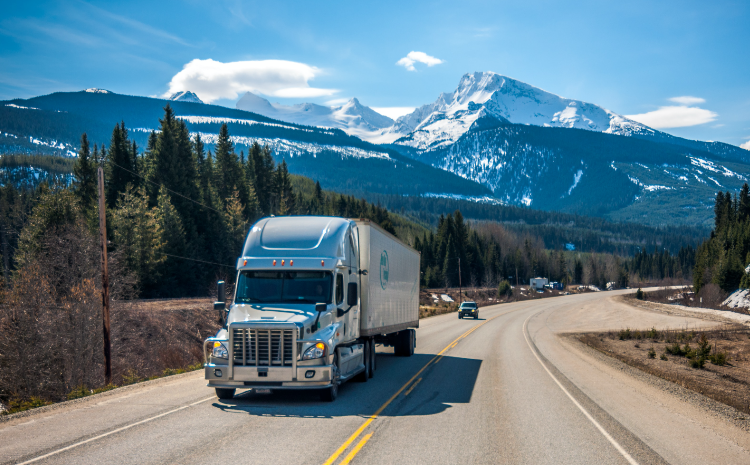 The Challenge: They were acquiring leads from multiple channels and objectives. For example, on Facebook they were using the lead generation objective as well as a conversion objective while optimizing for a single landing page. Their main concern was the continuous fluctuation of their cost per lead (CPL), and they were not sure why that was happening. They had also noticed a steady decline in lead quality over time.

Our Analysis: After auditing the account and analyzing their audiences and creative, we were able to spot one of their main issues. They had been using the same audiences for quite a while and that resulted over-saturation as well as creative fatigue. Another trend we noticed was that about 2/3 of their traffic was coming from mobile devices. As we learned more about their target audience, we started brainstorming ideas for ad types.

The Strategy: Their target audience was truckers on the road and individuals in trucking companies who wanted to run their businesses more efficiently.

Rather than continuing to target their already-saturated audience, we collected all their leads, segmented them, and created lookalike audiences to help us find strong, new prospects in the awareness phase. We then designed two types of ads based on device type so that we could specifically target their large mobile-based audience with custom creative.

Since their target audience is often on the road 24/7 with limited time for social media, we kept our copy short, sweet, and simple. We knew this would also appeal to those on the logistics side because their job focuses on improvements to efficiency.

We used a conversion campaign to optimize for a landing page which was specifically for the truckers, showing how this type of service would both benefit them personally and help them win brownie points with their employer. We also created an ad that was a tad more in-depth for the managers who were looking to improve efficiency based on data. We ran the second ad type on both desktop and mobile since it was targeting offices.

Initial Testing: With these new audiences and creative in action, we wanted to do multiple test to make sure the creative was relevant to the audience. After multiple split tests, we found using a larger 5% percent lookalike audience performed better than the 1% (which is supposed to be more high quality and refined). The creative kicked it off very well to start so we kept the same—it seemed to resonate extremely well with the independent truckers.

Our Results: After finding the right audience and creative, we let the ads run for a little bit. Initially, the client was sitting at an average CPL of $36. The daily ad spend was $80 and we spent about $680 within a 6-day window. Once the ad sets were updated with the fresh audience and creative, we generated an average CPL of $11.48 (same daily ad spend and a total of $345 over a 4-day window). Using all their existing pixel data, we were able to leverage a larger audience and Facebook’s AI to improve the optimizations.

The client was extremely pleased, even with such a small scale of results. The best part about this setup was that the lookalike audience was dynamically updating based on its source list, so it was completely automated. We just needed to adjust the creative over time to avoid fatiguing the audience.

Feel free to reach out anytime. Our team is ready to help.
Contact Us
NextAuto RepairNext