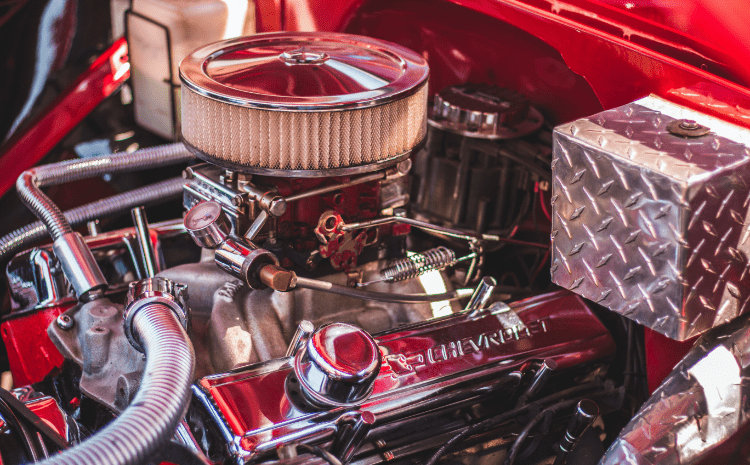 Goals: We were already running ads for them, so they asked us to pack out the house for a grand opening event at their new location.

Game Plan: Their main offer was “dyno’ing” your car for free, which was a very compelling offer for their target audience. They gave us a $500 budget.

We started by creating an event on Facebook for the Grand Opening and pinning it to the top of their business page. Then we took the event post and ran their ads directly to it, which provided a TON of social proof for their page.

In order to optimize for leads, we ran multiple campaign types for engagement, video views, and conversions. Once we had the social proof down, we started focusing on the cold prospecting. This audience was primarily composed of lookalikes based off their customer data as well as a number of Facebook-generated interest groups that were focusing on performance auto parts and racing.

We also retargeted everyone who had engaged with their Facebook and Instagram page within a 365-day window and everyone who had visited the site within the last 180 days. This helped us get a lot of great traction for audiences who were already familiar with the brand. We also segmented retargeting based on whether people responded as “interested” or “going.”

Starting seven days out, we had different ads each day that were geared toward getting people excited about showing up and participating. We involved cars that would be there, sponsors, food trucks, and family fun in those daily ads. The main goal was to give people that feeling they were going to miss out if they didn’t attend. We were also trying to convert as many people as possible from “interested” to “going,” so that’s why we had segmented the retargeting audiences using those groups.

Our Results: Staying within their $500 budget, we generated 500+ people who responded as “interested” and another 156 as “going.” Overall, it was a huge success. In addition to the turnout that brought over 350 people, this event helped us to generate the cheapest leads of the year with a cost per lead (CPL) of $2.25. To put that in perspective, the average CPL had been about $45!

Grand Opening Ads: Here’s a nice screenshot of our top performing ad and another one of the follow up to thank everyone who attended [National Speed in VA]: 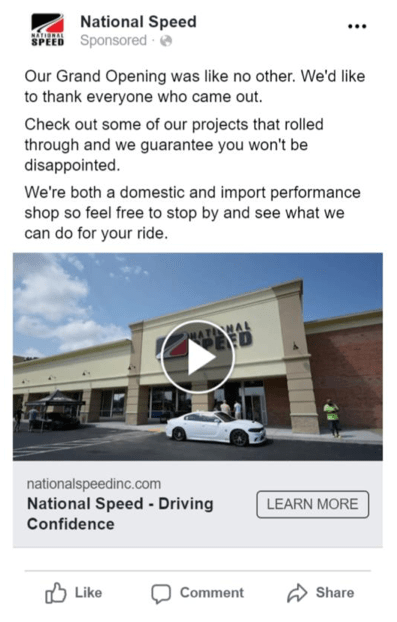 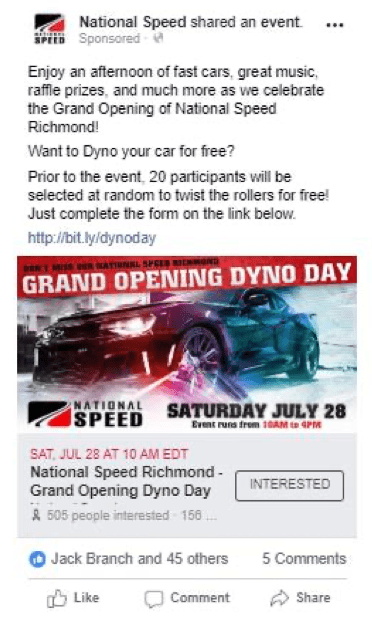 Feel free to reach out anytime. Our team is ready to help.
Contact Us
PrevPrevious